In 2014, What have we done to God? he made a ruckus. In question: a humor and a stale idea from France, however positively sanctioned by a historic public success with 12 million admissions. animated, sequel What else have we done to God? he took another step and blew off his fly and leaked a horrible, dirty, disgusting belly. After the great pseudo-subversive disgust about blacks, Arabs, Jews, Chinese, LGBTQ, migrants, CGT, it’s the turn of What have we all done to God? to secrete their bilious hatred. Problem: not many targets left, and after having vomited so much, there is only bile left to expel. 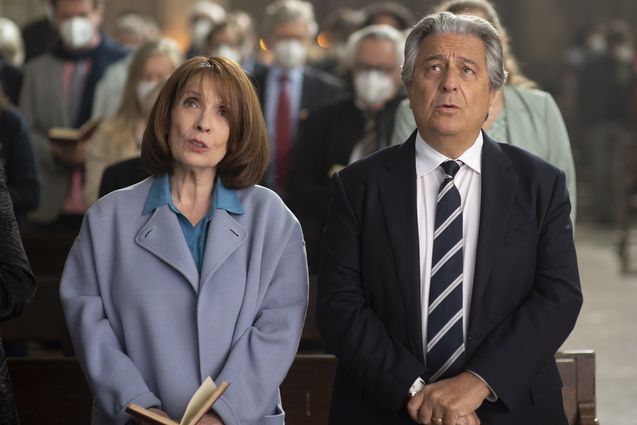 Because hate is always very present, and the film attacks bluntly from the first minute, with a “invasionfrom Chinon, the very French town of Christian Clavier in which the patriarch suffers from having to meet one of his feared sons-in-law – because “strangers“, it must be remembered, on every street corner. But this time, the engine of this hatred that once hummed seems very wise, and for good reason: now that they have all been deported to the death camp of French laughter, there is no one left to suffocate, or almost.

Out of fuel and stuck, having reached the end of its kill list, the old tailpipe will painfully pluck a few last black glaviotas to spit on these great-replacement madmen awakenings capable of justifying both a black Jesus and a Beethoven, those painful moralizing vegans who destroy the environment, an Indian boy because why not, and… that’s it.

For the rest, Philippe de Chauveron remains connected to the same galéjade sewage system from home: Chinese all look alike, Jews and Arabs fight each other for their territory, and blacks are scary, but even the film no longer believes that and doesn’t even bother to formulate its contempt in intelligible terms. 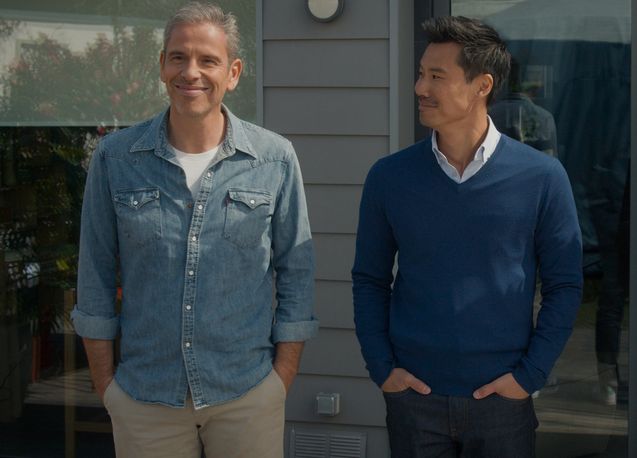 At best, he illustrates it with images taken directly from a portfolio edited by Henri de Lesquen, with this Chinese tourist with a cap and selfie stick or this modern animalist painter with works splattered with dog urine. If the total lack of humanity surprises no one, the lack of ideas of What have we all done to God? surprise.

Usually so generous in fat and thunderous flatulence, we’re surprised to see that the franchise can no longer let loose some residual little gag farts, like Super Mario the Italian plumber with the big moustache/red sweater/blue jumpsuit, or Helmut, this German in whom “you can never trust completely”its refinement conceals a culture of “knife in the back”. One more invader of our sweet France, and an authentic non-fossilized specimen of an antediluvian patriotic humor that we thought disappeared with the dinosaurs. 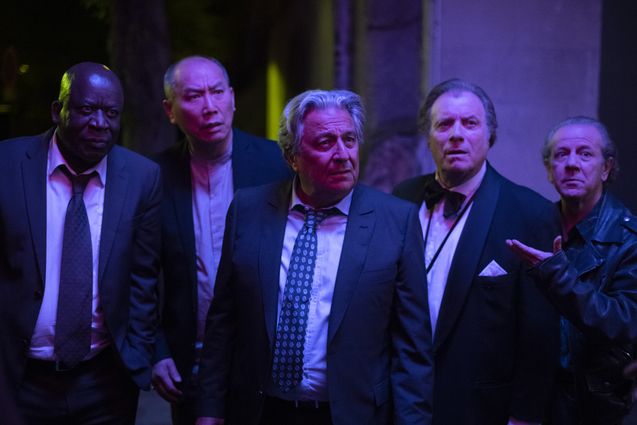 A beautiful group of diplodocus

With this quasi-Nazi comes to the arms of our protagonist to take his companion, What have we all done to God? it passes Godwin’s point, the last frontier of the gastric humor before the brown hole. After that: the interstellar void, and maybe, finally, a little peace on the other side of the tapeworm tunnel. However, seeing this whole gang of nerds crushed by the antico(s)mic singularity that they themselves have generated creates a kind of disappointment within the relief provided by this probable announced brain death -a fortiori with the scenario prosecuted for rape-. of actor Ary Abittan. 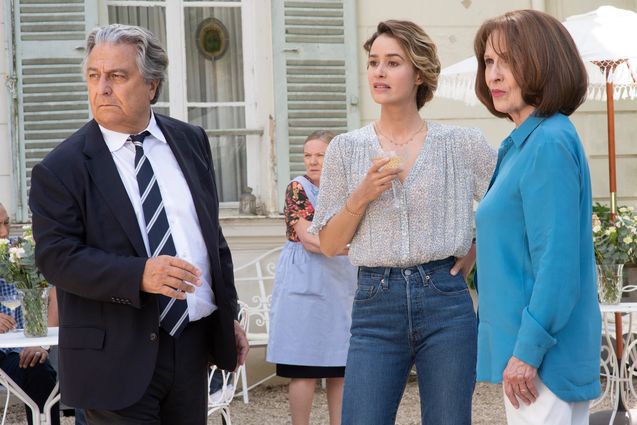 Hey, it’s funny, an actor is missing from the photos.

Not that we’re sorry that after God, it’s the Great Satan’s turn to die, but that’s where the nullity lies this time: by losing its exceptional character, the saga also loses in spectacle, giving way to astonishment to a comfortable paralysis. Is it better to be like everyone else, or to stand out for your abjection? It’s up to you to decide. In any case, here, the usual wild raunchy counter-performance is replaced by a comfortable, boring counter-performance that feels like the day after being drunk, those inhabited by haggard boredom punctuated by some disgusting hiccups and painful regurgitation.

Because, like the others, What have we all done to God? It is an ideological Turkish toilet, one of those in which one lets go as if to confess, taking care to put it everywhere, burst out laughing imagining the face of the little lady who will have to clean everything up after him. The difference is that this time, having already emptied the bag of viscera from the two previous opuses, this third one has great difficulties in purging and overturning. 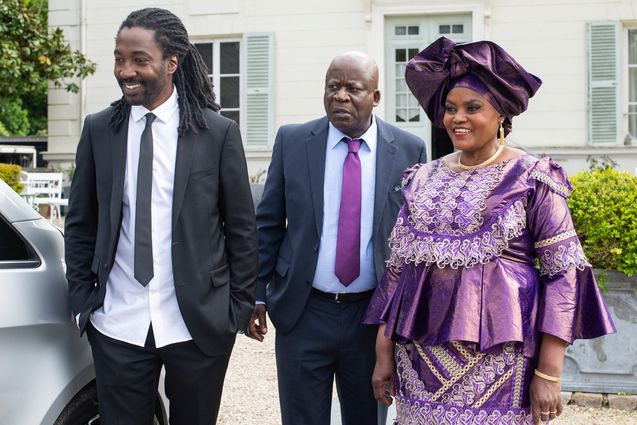 Jesus is coming back

There is nothing left to expel and yet the body still compresses, surely in search of a last ebb in which to choke and leave like the great rockstars in a redeeming death. Because if: What have we all done to God? seek forgiveness, he even insists on his benevolence and open-mindedness, to the point of shouting it at us with his black Jesus, historical probability obsessing the misunderstood Philippe de Chauveron so much that he becomes the protagonist of his only scene, a bit of first grade, staging a drama show within the film itself.

A reflective mise en abyme, whose objective would be to shed light on a truth so misunderstood that What have we all done to God? he gets to shout it in our ears with his vociferous credits “BEYOND OUR DIFFERENCES”from the johnny hallyday song Blood for blood. Therefore, it is well understood, in the future we will try to correct our mistakes, and take the work for what it pretends to be: an observer of our society. Who understands nothing, hears nothing, sees nothing, but shouts his benevolent intolerance very loudly with his hands on a megaphone. More than a little monkey to neutralize. 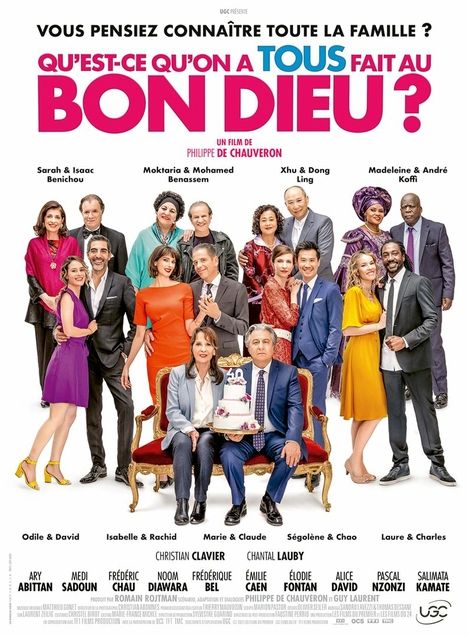