Chapter 1046 of One piece is scheduled for this week, there is no break. The summary in French is expected tomorrow tuesday 05 april and the chapter of the weekend. However, after this chapter 1047, Eiichiro Oda will most likely take his monthly break.

The break will cut off the momentum that it brought from chapter 1044. In fact, on the social network Twitter, it was on TT almost the entire week of its release, 2 weeks ago. And it did not go unnoticed. In fact, the French channel “France 24” gave an interview to Benoit Huot, editor at Glénat Manga. To talk about how excited the fans are about the latest chapter. 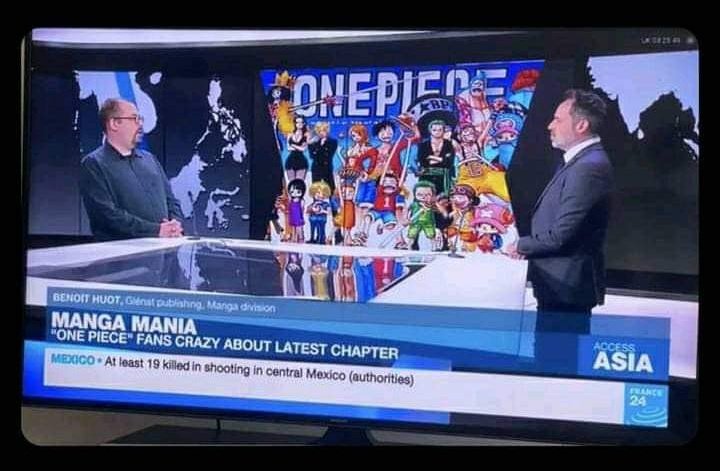 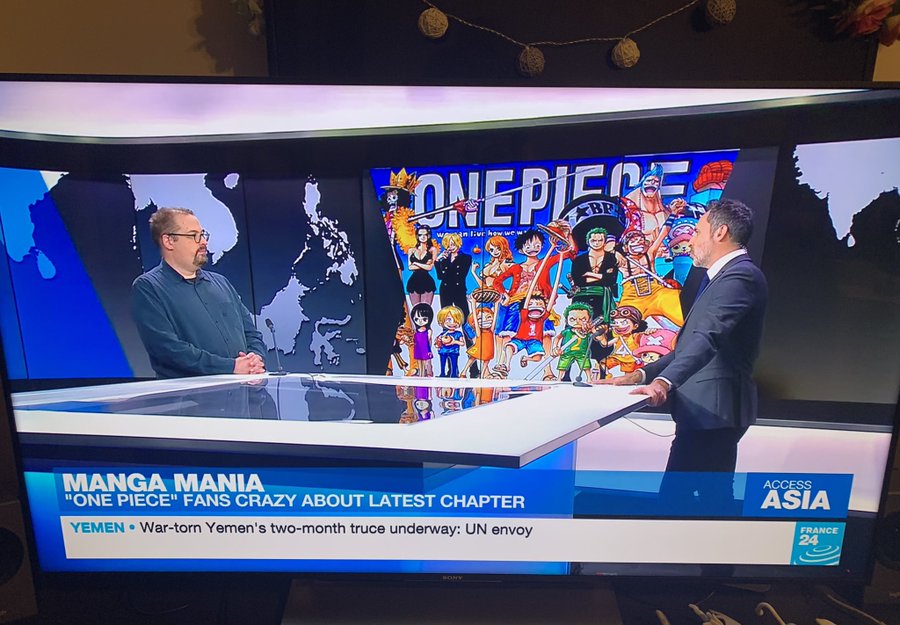 Yes, the screenshots are not in French, because it was fans from other countries who saw this interview, because in France, there must not be many people watching France 24. Because if we have to remember One Piece is the number 1 manga in Franceeven if you haven’t been to Japan for a few years.

The sequel is very likely revelation those who do not follow the manga. Because indeed we are going to talk about the content of the recently published chapters 1044 and 1045. The last chapters give a lot to talk about, but both for better and for worse.

It is true that we are witnessing a division of the fans. Those who appreciate the turn of events and those who are more than mixed, not to say disappointed with what has become of Luffy’s fight against Kaido.

Example of readers happy with the turn of events:

How not to be happy reading One Piece every week, it’s Oda the real Joy Boy who brought us all this joy ♥#ONEPIECE1044 pic.twitter.com/owb4TN8uZE

So did Luffy LITERALLY jump rope with a Yonko? PTDRRRRR pic.twitter.com/mtbnLBJF1q

Example of happy readers disappointed with the cartoon side:

#ONEPIECE1045 So are we going to Tom & Jerry until the end of One Piece? What a disappointment this awakening and this gear 5, I don’t like it at all, it’s good. The future fights that we have been waiting for years will be great when Luffy dives into Blackbeard.

Maybe I will have a completely opposite opinion to the One Piece fan, but this fight that was basically a fight that showed a show of power that turns into a gag that I don’t appreciate.

I feel like I read the Kaido Saga for nothing. #ONEPIECE1045 pic.twitter.com/pNdVNdxWpl

And there are also those in the middle, waiting to see how the fight unfolds. But in SBS volume 65, Eiichiro Oda had explained that Luffy being weak with funny power, was his goal.

Reader: In the later volumes of One Piece, Luffy pales in front of certain characters who have eaten a devil fruit. Still, the heroes of most manga or anime tend to be the strongest. So why did you give Luffy this rather weak rubber tree fruit power? 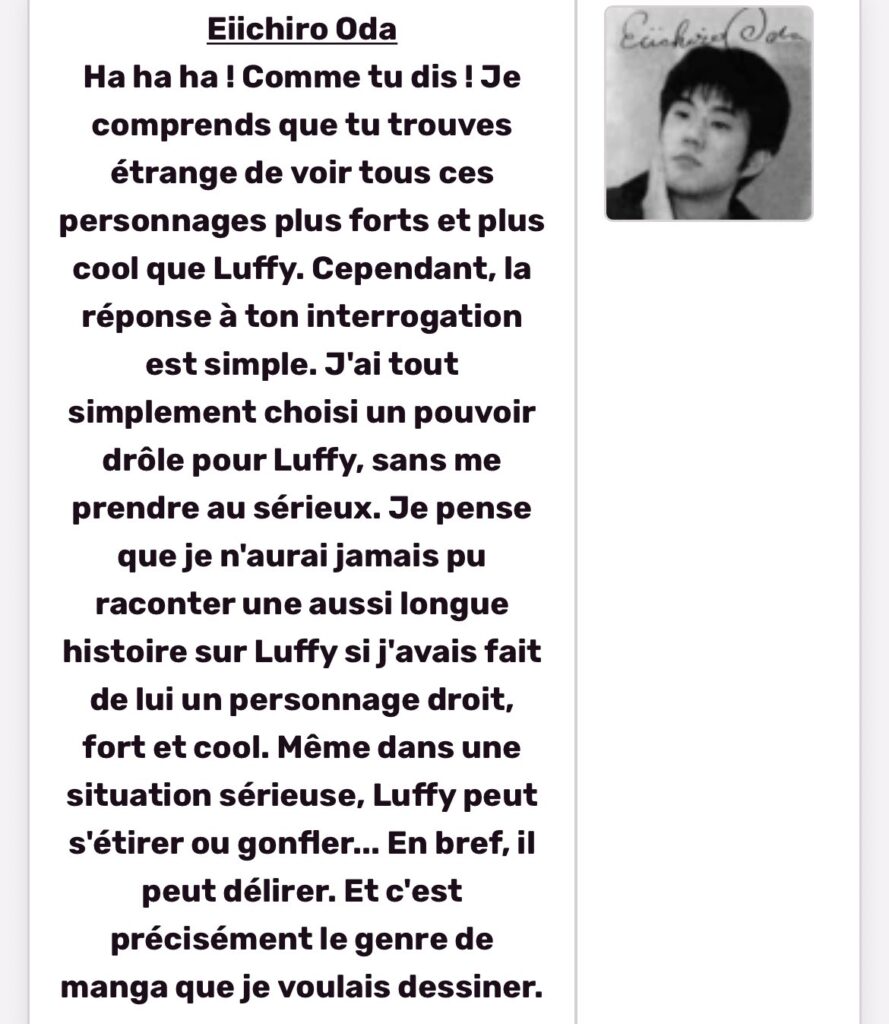 Bedroom : LOL ! As you say ! I understand that you find it strange to see all these characters stronger and cooler than Luffy. However, the answer to your question is simple. I just chose a fun power for Luffy, not taking myself seriously. I think I could never have told such a long story about Luffy if he had made him into a serious, strong and cool character. Even in a serious situation, Luffy can stretch or swell… In short, he can go delusional. And that is precisely the kind of manga I wanted to draw.

And you, do you like this power-up? Or does it let you down, take you out of the stress of the fight? Or are you waiting to see the sequel to see how things go? 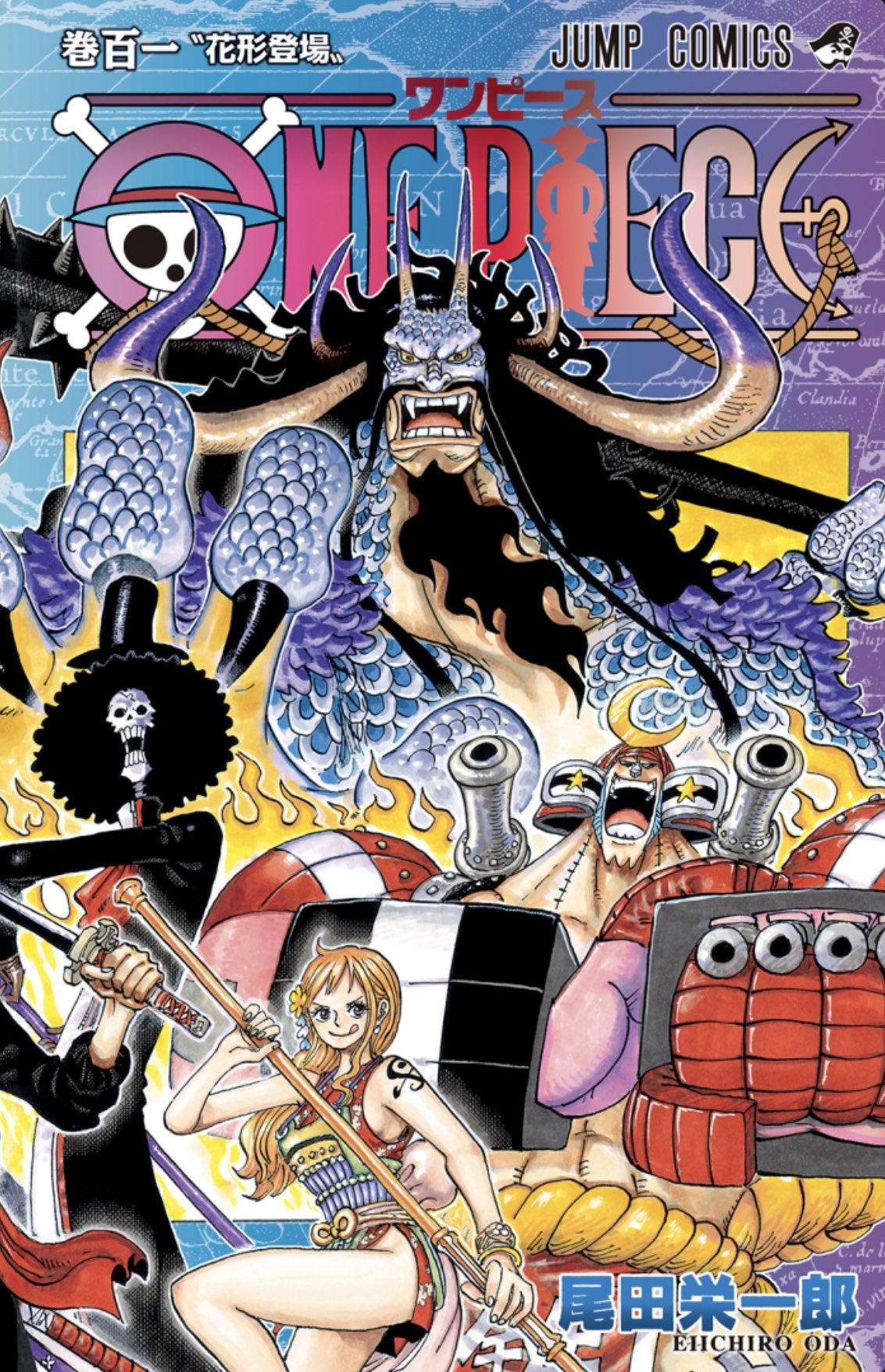