The Vaud motorcycle association called “the Templars” intervenes in front of schools to rescue harassed students, most of the time at the request of parents. Objective: to show classmates that the child is now under their protection. The management of the establishments advocate the path of dialogue.

“We can be good guys, when we get to fifteen with motorcycles that make noise, leather jackets, it can impress some people.”

That morning, there are about fifteen motorcyclists riding mechanics in front of a vaudois college. It is about helping Giulia and Mélanie, two 15-year-olds who are victims of bullying. 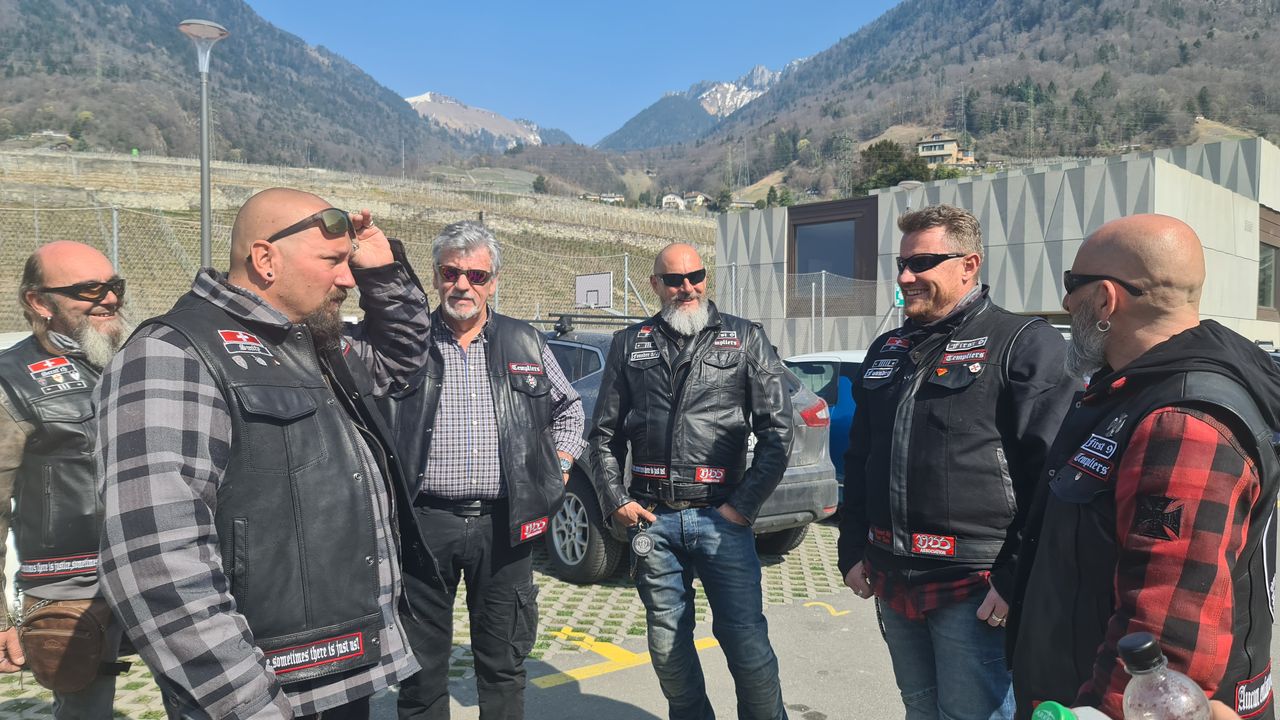 It was Alexandra, the mother of one of the harassed girls, who caught their attention: “I’ve been fighting for four years, with the management, with the parents, and nothing changes. Seeing my daughter come home from school crying every day is unbearable. This solution can have its effect.”

For several years, Giulia has lived through hell in the classroom. “There are many insults, they also kicked me in the stomach and slapped me, they pulled my hair. I cry a lot for that and I also have very low self-esteem, ”says the teenager in the magazine 15 Minutes of the RTS.

“In general, when we arrive, those who have something to reproach themselves with look at us from afar and don’t calm down much.” These burly, bearded and tattooed bikers use their tough looks to intimidate their comrades. An unconventional method, but one that, according to the Templars, bears fruit.

“We do not threaten anyone, we do not make gestures, we are not vigilantes, but it is the group effect that works. In general, the harassment stops the next day,” explains Pierre-Olivier Christen, president and founder of the Association.

The association created in 2021 claims to be increasingly in demand. Fifteen calls from parents were counted in one week.

In Switzerland, one in ten students is a victim of bullying. Most schools have tools to curb the phenomenon. Mediators, school psychologists are mobilized and teachers are trained.

I feel calmer, I know I can count on someone.

In Monthey, the director of the orientation cycle, Nicolas Rey-Bellet, also saw the bikers disembark in front of his school last autumn. “It is important that parents understand that we have tools to solve these problems. It is true that mediation often takes time, but it is through dialogue that we can solve things”, he says.

The establishment has three mediators for the students. Bernard Mariéthoz is one of them: “The most difficult thing is to make the harassed student talk, because many times he will tend to withdraw and it will get worse and worse. But you also have to take the stalker into account and try to make him realize that he can exist differently within a group without having to play bosses.

A week after the cyclists intervened, the RTS found Giulia and Mélanie at the end of the lessons. “Not much changed in terms of my comrades,” explains Giulia. “But I feel calmer, I know I can count on someone. We have two sponsors who have been assigned to us and who we can even call to discuss. So this time, I know I’m not going to go through this alone. .”

His partner Mélanie now also feels protected. She proudly wears the sweater with the Templar logo that the bikers offer her. “I feel part of the family and it makes me feel good, they understand me and I know I can count on them.”

Father of three adult children, and aware of the issue of harassment in his children’s environment, the motorcyclist Philippe Clément, a member of the Templars, clarifies the approach during a debate at the Forum. It is true that the arrival of the bikers, who “embark” the victim on a motorcycle, that “shocks”, he admits. “But that is not what we are looking for: our priority is the victim, who lacks self-confidence and does not have the strength to oppose her harassers. We carry that force through the group effect, our job is to restore it.” self-confidence and the joy of living”.

If he salutes the values ​​that are at the base of the cyclists’ initiative, Johan Epiney, director of the primary schools of several villages in the Valais, finds that in the form, the intervention of this group of cyclists is not appropriate within the school . area. “We are in the courtyard of a primary school, with children from 4 to 12 years old, faced with the arrival of 15 to 20 motorcyclists. It is an unusual and probably distressing situation for children, and has generated many reactions from parents”, he notes.

School mediators, regional school nurses and other educational resources for coexistence are capable of responding to situations of harassment, believes this school director.

For Tina Stahel, a professor at HEP Valais, the Templars’ approach has the merit of highlighting the complexity of the bullying situation. “In front of groups of students, you have to work as a team, and not exclude external agents,” she recommends, and if we see in the intervention of bikers a form of intimidation, the specialist points out that it is “clearly not” a tool of worked. “The goal is to turn students into actors, to help them develop skills that help them handle these situations on their own,” she says.

>> Bullying in the school environment, what solutions? The forum discussion: